Liquidation is how Mango Markets protects against socialised losses from overextended accounts.

To prevent this, Mango Markets requires users to hold significantly more assets than liabilities in their accounts. There are two thresholds:

However, if your asset values fall or your liability values grow to the extent that your collateral ratio falls below the Maintenance Collateral Ratio, then your account becomes open to ‘liquidation’.

If an account is open to liquidation, anyone can ‘pay off’ some of the liabilities in that account. In return, that payer receives 105% of the value of their tokens back, taken from the collateral of the liquidated account.

This liquidation process continues until the remaining assets are once again worth more than the Initial Collateral Ratio of the remaining liabilities, or until there are no more collateral tokens to return to liquidators.

A ‘liquidator’ is just a program that initiates the liquidation process. It is permissionless and decentralised – liquidators can be run by anyone, anywhere there is an internet connection.

Code for a reference liquidator is available.

The basic liquidation process is as follows:

In reality, a liquidator probably does the following:

However, the mango-explorer code is usually deployed via a docker container so the command line becomes more complicated. For example:

Further configuration of the liquidator is done via command-line parameters. For example, configuring the wallet to rebalance after significant liquidations is done by specifying ‘target’ balances:

Given the length and complexity of the docker command, it can be useful to create a shell ‘alias’ so that doesn’t have to be typed each time.

Here’s an example command to create such an alias:

That will create an alias called ‘mango-explorer’, meaning the above docker command with targets could then be run using:

That seems much more readable and less likely to have typos.

The commands that perform transactions generally take a --dry-run parameter. This should help show you what actions the command will take, without actually performing those tasks.

This can be useful for rebalancing a wallet, allowing you to see what buys and sells are required to achieve your target balance without actually performing those buys and sells.

Liquidations will change the balances of tokens in your wallet. That’s to be expected.

But what should happen if you accumulate too much of one token? Or not enough of another?

And what happens if you perform a big liquidation that empties your wallet of one token?

A common step then is to ‘re-balance’ the tokens in your wallet, buying or selling different token types until your wallet is back to a ‘balanced’ state, ready to liquidate more accounts.

Picking appropriate targets for balancing is a tricky topic and beyond this discussion. However, the liquidator does allow for a few simple strategies.

You can target a fixed or percentage balance for each token in the group, allowing you to rebalance to a specific ratio of tokens (like thirds) or a specific fixed balance of some tokens, accumulating changes to a single token.

It’s probably not a good idea to rebalance on every liquidation though. It may be worth forgoing rebalancing after a 10 cent trade (which could lock funds), instead continuing trying to liquidate other accounts.

How much flexibility should there be before requiring a rebalance? Again, that aspect is beyond this discussion but you can choose how much tolerance you’re willing to accept by specifying the action threshold:

The default action threshold is 0.01, which means only rebalance when the target balance is further away from the current balance than 1% of the wallet total balance.

So if you had:

And your targets were:

The liquidator supports sending notifications of successful, failed, or all liquidation attempts, using Telegram, Discord, Mailjet, or writing to a CSV file. Each notification target its own format for specifying it on the command line.

You can be notified of different events (all liquidation attempts, or just successful or failed ones), and you can specify multiple notification targets for each event. To add a notification target for an event, you use a command-line parameter. There are 4 different ones for the liquidator:

To specify multiple notifications for the same event, you just repeat the command line parameter. For example:

A CSV file can be useful for collecting the outcome of successful liquidations.

The format for CSV file target is:

There are complications however.

If this is to be used via docker, the CSV file:

For example, to use a file called /var/mango-explorer/report.csv:

​Mailjet allows you to send emails, but requires many more parameters and so is a lot more complicated to configure. You also need an API key and secret from Mailjet, and need to have Mailjet configured for the sender and receiver addresses.

The format for Mailjet target is: 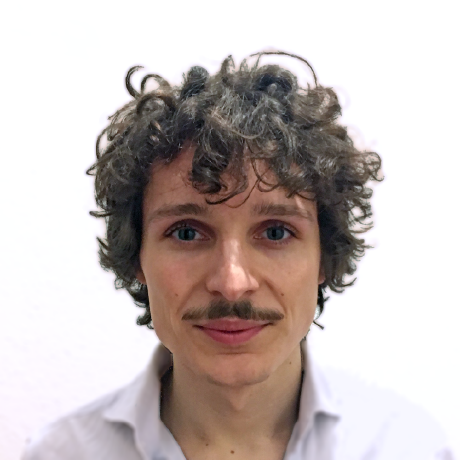